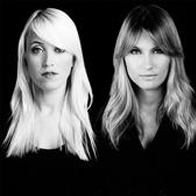 DELICIOUS – DJ & producer team originally from Denmark, but now located in UK. These two childhood friends grew up with a mutual interest and passion for electronic music and started djing together in 2001.

They are always playing back-to-back which gives their set energy, dynamics and a good vibe that infects the crowd. Their style is a mixture of the genres in house music.

Delicious have been active on the club scene since day one and have virtually djed at every venue and event in their homecountry Denmark. In 2003 Delicious hosted a radio program on Kiss Fm Nordic and started the clubnight “Get Down” located at one of Denmarks most established venues and were nominated for Best Club at Danish DJ Awards in 2004 and 2005.

Summer 2005 they went to Ibiza for the season and held a residency at BayBar along side playing at Pacha and Space. Later they have held residencies in several clubs in Europe, played some of the greatest venues all over the globe as well been a part of the Privilege Ibiza club tour and a Pacha Tour in Germany and have been playing alongside DJs as Tiesto, Carl Cox, Gui Boratto, John Dahlback, Dirty South, DJ Hell, Phats & Small, Tom Novy, Lifelike, Yousef, Audiobullys, Darren Emmerson just to name a few.

They soon got into the process of producing and after much time spend in the studio they now have the skills and competence and produce all tracks by themselves. In 2008 they not only opened their own label LEKKER RECORDS but also joined the CR2 records family by mixing the annual CR2 IBIZA Summer Sampler and compiling the CR2 Live & Direct Presents DELICIOUS & ABIGAIL BAILEY which featured their track “Bounce”, a stellar track Pete Tong made his Upfront Tune of The Week on his Fast Trax tv show and has since received multiple plays on Radio 1. With remix from Rocha & Lewinger it was hailed as remix of the summer by Nic Fanciulli and was supported by Dubfire, Groove Armada, Yousef, Eric Morill o, Josh Wink etc.

Starlight Records, one of the most popular labels on Beatport, picked up their single “La Flauta” which did well on the Beatport charts and so did their follow EP R.E.S.P.E.C.T.

In 2009 together with artists such as Timo Maas, Santos, Martin Eyerer and Format B, Delicious supported the project It Began In Africa by producing the track “Moto” with vocals from “The African Childrens Choir”. The project was a success and got repeated in 2010 together with artists like Gorge, Lutzenkirchen, Pirupa, etc. Delicious featured with the track “Congo” and the complete receipts of the tracks will be donated to the childrens choir and their projects.

Another highlight of Delicious´ many productions is the track “Trippin” featuring the legendary house vocalist Kathy Brown which gained massive support from many DJs, also “Suenos” out on Soulman Music is one of their latest tracks to emphasise.
Delicious were featured as “Ones to Watch” in IDJ magazine and with a lot of new productions and remixes coming out this year they certainly are something to keep an ear on!