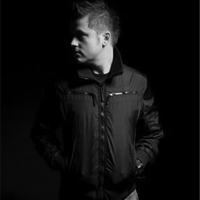 With over five years studio experience, Steve has been developing his sound which ranges from Progressive House to Techno. His hard work and dedication has resulted in support and recognition from some of the scenes leading artists including Paul Oakenfold, Jerome Isma-Ae, Kim Fai, Hernan Cattaneo, Matt Darey and many more.

2010 was a big year for Steve with releases on high profile and successful labels. He started the year with a release on CR2 records called ‘The Last Time’ which featured the legendary Angie Brown on vocal duties. This was a collaboration with ChrisB (Toolroom Records) and picked up major support from Roger Sanchez with several plays in his DJ sets and on his Release Yourself radio show.

Steve’s remixes of tracks such as Cid Inc’s ‘Refrost’ on Lowbit Records and Julian Marazuela’s ‘Metropolis’ on Whartone Records caused a stir in the scene and have been rocking dance floors around the world, picking up support from leading players including Jerome Isma-Ae, Matt Darey and many more.

These tracks have firmly cemented Steve’s name as an emerging talent in the EDM scene and a producer who always delivers.