Jelly for the babies 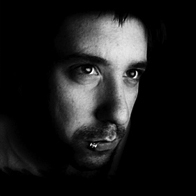 After a couple successful projects, Marijan finally created one that he plans to put in mainstream of Progressive House scene.Jelly For The Babies, one totally different project which sounds are based on progressive house with tech-minimal and uplifting melodies full of strings and pads.

At the start, some unreleased tracks bring attention of big artists like Muttonheads,Funky CaT and Jose Cabello who were remixers for the first release!