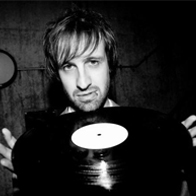 Alex Miles is a name rapidly becoming synonymous with Ibiza. From the humble origins of his bedroom to the dizzy heights of the worlds most famous beach bar (Bora Bora), the worlds best club (Space), the worlds biggest club (Privilege) and beyond, Alex has proved it does not have to be who you know in the music industry to succeed.
Winter 2010 saw some of the longest and far reaching tours so far for Alex, a direct result of the hard work put in in the studio and behind the decks with rarely a day off. Notable inclusions are the Infusion Tour of India and Alex’s own tour of Brazil, lasting 3 weeks.

Now in his 6th year as resident Dj at Bora Bora Ibiza, Alex has firmly established himself amongst the true Ibiza Djs. Playing 7 days a week for up to 10 hours a day is it any wonder that everyone walking in and out of Bora Bora does so with a smile? 2010 will see Alex continuing every day at Bora Bora, as well as numerous guest spots on the island. Somehow squeezed into this packed schedule are weekend gigs around the world in some of the worlds hottest clubbing spots including Serbia, Italy, Norway and Germany to name just a few. Winter 2008/2009 saw Alex expanding his global appeal, touring the far reaches of the globe including Kuala Lumpur, Brazil, Bahrain and India.

Rewind 9 years to when he bought his first set of belt drive turntables, with the aim of teaching himself to mix. This achieved the hobby became an obsession and the final straw came when in his own words Alex states “I just wasn’t enjoying going to clubs anymore because I wasn’t hearing the music I needed to hear to have a good time”. It was this philosophy that has stuck with him in his DJ career, always playing with a huge grin on his face it’s clear he is having the time of his life – “that’s what I want for my crowd every time I play” he says. “I just want them to enjoy going out”.

2004 was the real launch of Alex’s career when he stepped in for a cancellation at Pacha in London. So impressed were the promoters that they offered him an immediate residency which saw him playing for the rest of the year alongside names such as Bobby and Steve, Richard F (Subliminal), Paul Jackson and Tall Paul, in clubs including The Cross, Canvas, The Key, Egg and Turnmills. Such a flurry of gigs gained rapid exposure and the gigs continued to flow around the UK. In 2005 Alex played his first guest slot at Bora Bora and was offered the full time resident job on the spot by the owners of the bar. In the 3 years that followed Alex established himself in Ibiza and around Europe, having played in almost every country there! Most noticeably the ultra difficult countries to break into such as Serbia, Italy and Germany where he is now a regular guest.

“I love playing 7 days a week” says Alex. “It has really helped me to develop a feel for what the crowd over here wants, so many big guest DJs fly into this island to play for an hour and leave, but you can bet when they are with an island resident, they are rocking out without knowing the name!”.
With such a rapid rise to fame, it is clear a star of the future is waiting, Alex’s first production was signed to John Acquaviva’s highly acclaimed Definitive Recordings and his next 3 solo projects are about to hit the world. “I’ve been testing them all over Ibiza” he says “reactions have been huge!”

With all the effort and determination, combined with a little bit of skill, it seems you can get by with what you know, not who you know in the music business. Watch out world, he’s coming to a club near you soon!
Alex has held residencies at Subliminal Sessions London, Pacha London, Turnmills London, playing with such names as Erick Morillo, Tall Paul, Danny Rampling, Carl Cox to name just a few.