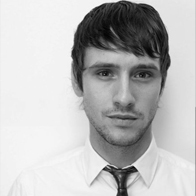 Peter Gold started his dj career from pure love to the music. Love happened very soon (at age 7 he got his first vinyls ) and first love is never forgotten.
Slovenian talented dj’s and producers like Alien a.k.a. Dalaj Eegol, dj Pliverth a.k.a. Mobbworks, Mexico, Valentino Kanzyani, UMEK, dj Aleksij, dj Pipes, Call ya, selectah Ziggy man, Jamirko and many many more gave him opportunity to see what can be done behind the Technics decks.
By the time and hundreds of nights performing infront of the variable crowds the sound got sharper (on beggining on the journey the sound was more like big beat, house and breakbeat) and mixing tighter, Peter Gold found the way how he can express sounds of funk, etno, jazz and electro in his pumping house sets.
Millenium was a good time to start mixing in bigger clubs, festivals and undergound venues. The music took him places (one day in deep underground club, next day in the castle way up high). Good times continued in foreign countries too: Croatia, Serbia, Montenegro, Italy, Greece, Swiss, UK were just as fun as full of new inspiration. Balkans as his home region offered him a best fellow in the music Dave Floyd from Belgrade who also offered him a place at Ambasada records label.
His versatile style always offered surprises inside of numerous sets, he just loves to mix etno influenced sounds or deep fat basslines into uplifting mixture…Some said Slovenian wunderkind, others legendary party animal, but to know Peter Nikolic best – is his ability to make people happy with sounds he loves…
Currently working as a resident dj @ Klub TOP. Residency in best club in Ljubljana offered him to chance to mix with many talented djs, from worldwide stars to local upcoming talents. Who knows where music will take Peter Gold next.