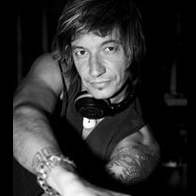 Berlin-based DJ/producer Markus Binapfl A.K.A. Big World needs little introduction; having been involved in the global music scene for more than a decade, he has an impressive string of successes to his name. He has worked with artists like Erick Morillo, Kurd Maverick, Boris Dlugosch, Roland Clark, Armand Pena, Inusa Dawuda and long time producer companion Denis The Menace, with whom he created anthems like “Going Back To My Roots” (Subliminal), “Fired Up” (Nero), “The First Rebirth” (Axtone), “Show Me A Reason” (Vibrate!) among numerous remixes. Markus has been working with Erick Morillo on “Alive” who loves Markus’ energetic productions so has brought him into the Subliminal family for future releases. He has remixed Roger Sanchez’s “2gether” and D-Nox & Beckers legendary “Shanghigh”. On “Dreamer” (Ministry of Sound), he collaborated with Kurd Maverick and Miami- based long time friend Armand Pena.

2010 also saw the releases of “Quadrillion” remixed by Moguai, as well as “Gadzo”, both topping the beatport charts and getting support from Axwell, Bob Sinclar, Steve Angello, Ingrosso, SHM, Eric Prydz, Erick Morillo, Roger Sanchez, Tom Stephan, The Scumfrog, Boris, Bad Boy Bill.as well as the releases of “Musik” (Subliminal) and the remixes of “Sense of Life” (Suka) and “Dance Now” (Skilled), “Oh No!” (Subliminal).

In 2011 Markus had a string of releases on Tiger like “Renegade Master”, “Meganite”, “Feel It”, “Plastic Dreams” Remix with Armand Pena for Jaydee and on Spinnin Rec.Currently we are warring for the release of “La La Lovesong”, “Power” and “Everything” on Sondos, Erick Morillos Tech Imprint.

Markus’s touring as a DJ has taken him around the globe with appearances throughout Europe, Russia, South America and the US; headlining Pacha Campinas 44 Years Of Pacha, Pacha Ibiza, Pacha Sao Paolo, Pacha Munich, Pacha Dresden, Carambas (Brasil), Weekend (Berlin), Arcadia (Miami), Space (Miami). In 2008, Markus he started touring for Ministry of Sound in Germany and was invited to play the Subliminal Nights at Pacha/Ibiza, returning again in 2010 and 2011. Until recently, he was co-owner and resident at Hamburg’s celebrated Halo club – a venue which has played host to some big names like Angello, Timo Maas, Eric Prydz, M.A.N.D.Y., Loco Dice among many others. Of his renowned DJ sets Markus’ says “No matter what you do on stage or what your instrument is, the interaction with the crowd is the most important thing when playing live. It’s a give and take thing and when the energy starts to flow and the audience becomes one with the playing artist, then you know why you are doing this.” Markus started his music career as a drummer playing in Rockbands in L.A. at the infamous Sunset Strip Clubs. Now he uses these skills and takes an electronic percussion pad onto stage while djing and playing live to his sets. 2011 sees more extensive touring and the release of a compilation for EsVive.