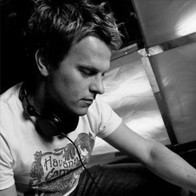 Greg Stainer, born in London, England is a British House music DJ, producer and remix artist. Greg was born and raised on the border of South East London and Kent. Greg first appeared on the musical scene in the early 1990’s, DJing in London clubs as a part of the ‘Sunday Scene’ which later developed into the UK Garage and also associated with Speed Garage. Pure Garage was a set of UK Garage compilation albums where Greg’s earlier music was also featured. In 1998, Greg had his first track commercially released; “Weakness” was a collaboration with M. J. Cole which was released on VIP Very Important Plastic Records. “Weakness” later went on to become an underground UK Garage hit.

In 2001, Greg appeared on the BBC Radio 1 show with DJ Spoony and the Dreem Teem. In addition, Greg has made guest appearances and been playlisted on other famous radio stations such as Kiss 100, Choice FM, Defected Radio, Gaydar, Ministry of Sound Radio, and The Capital FM Network.

In 2002, Greg relocated to Dubai, UAE, where he became the first DJ to start up regular nights of house music in a nightclub. The nightclub, Zinc (located inside the Crowne Plaza), one of the most successful nightclubs in Dubai, is where Greg set up and (as of 2011) still maintains the status of resident DJ.

In 2010, he created “Stained Music”, his own record label. Today, Greg Stainer is heralded as one of the pioneers of the house music scene in the UAE. Greg Stainer is renowned for his bouncy and energetic 3 & 4 CDJ and Traktor sets. His unique and powerful sound draws inspiration from elements in all genres of house music.

On January 20th, 2011 Greg’s track “Ride”; a collaboration with Oscar P hit #5 on Billboard Hot Dance Club Play’s breakout chart – a huge and major accomplishment in the music industry. Greg’s music productions have been playlisted by clubs and radio DJ’s around the world. His productions have reached number 1 positions in the beatport and traxsource online music charts. The official video for Greg’s remix of ‘Skool Daze’ by Cherry V feat. Wiley has received over 120,000 views on dailymotion.com.

Greg’s DJ sets have been played in over 30 cities and across 4 continents, including NYC, London, Ibiza, India, South Africa, Sweden, Dubai, Ireland, China and Singapore. Greg has also headlined at some of the most respected venues in the UAE such as, Zinc, Armani and Nasimi Beach.

Greg’s plans for 2011 are to continue working on his second solo album and planning a complete world tour.

Support for Greg’s productions and remixes come from some of the most influential names in the business including: